Turns out it's "web worms" (a couple people called them silkworms, but I didn't see any silk...just gross maggoty things that moved in time with the beat of Chewy's feet as he walked by).

Husband thinks Chewy is purposefully amassing an army of worms to create air-support (as they do eventually turn into moths, after eating all the leaves off my maple).

I think it'd take a LOT more than two nests of about thirty worms each to turn into enough moths to pick that dog's monstrous fluffy form off the ground.

Anyway, like any good interneter I found various solutions to my webby worm issues (other than calling an exterminator, which would be really stupid for two baseball-sized nests in low branches I can cut out myself):

1) open the webs to let wasps/birds get to the worms to eat them.

How about FUCK NO I'm not putting my fingers anywhere near that webbing. Nope no nopedy nope.

2) Open the web (what part of NOPE did the list miss??) and spray roach/bug killer into the nest.

Yesterday afternoon I quite happily directed wayward worms attempting to escape the flaming goodness of their nest burning in the fire pit back into their little hell. No, I'm not sorry. 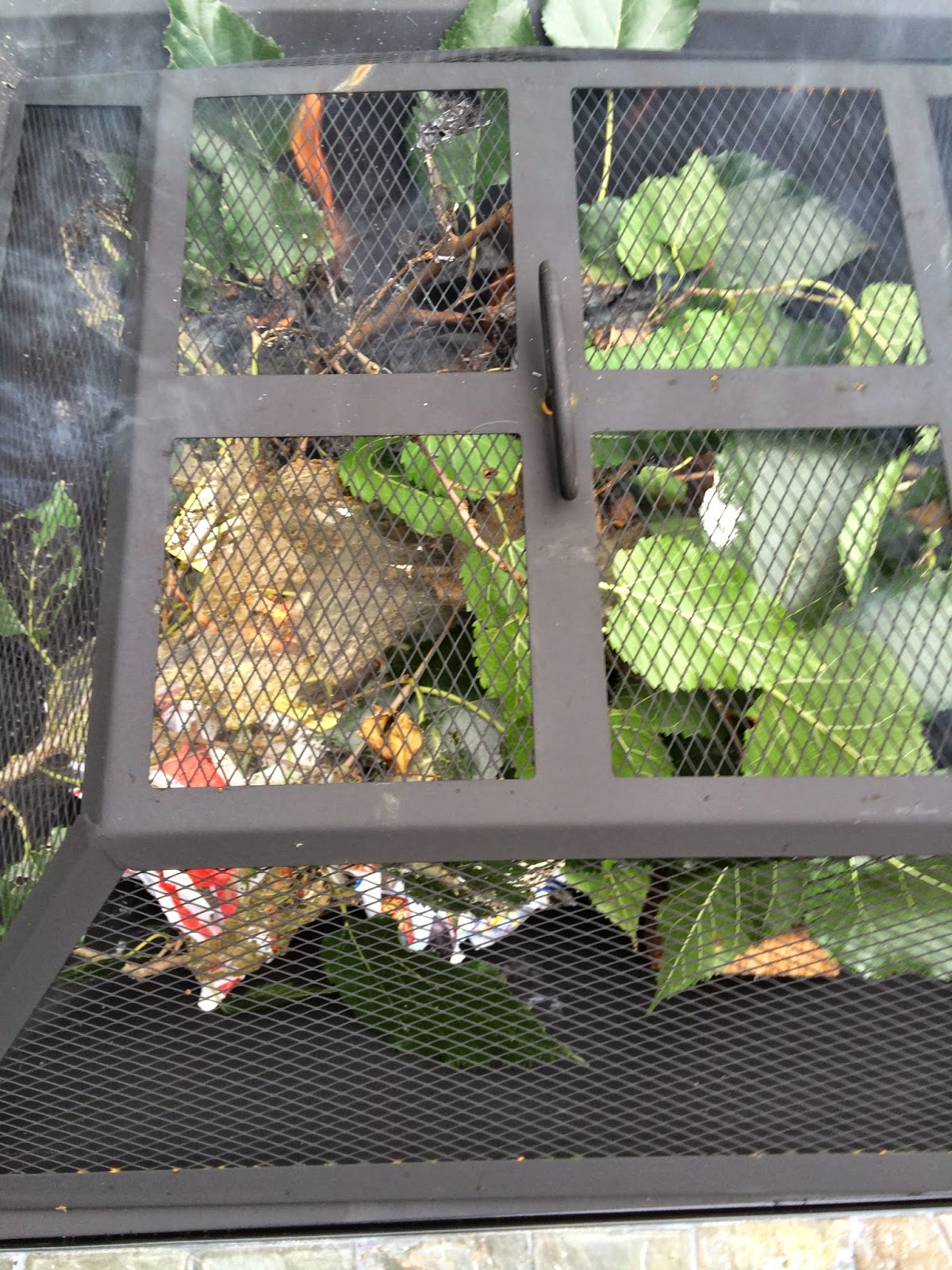 Chewy's not speaking to me, though.
Posted by Jess at 3:54 PM

Email ThisBlogThis!Share to TwitterShare to FacebookShare to Pinterest
Labels: disgust, I don't know how to label this, Monsters

Unload your brainpan, but please prove you're not a Russian spam-bot. Or Skynet. I don't want the T1000 after me.

Everyone's life is a little messy.

Jess
Embracing my own brand of weird, one fucked-up incident at a time.

A Few Of My Favorites

Popularity Contest (without the cheerleading uniforms)

Put me in your box!